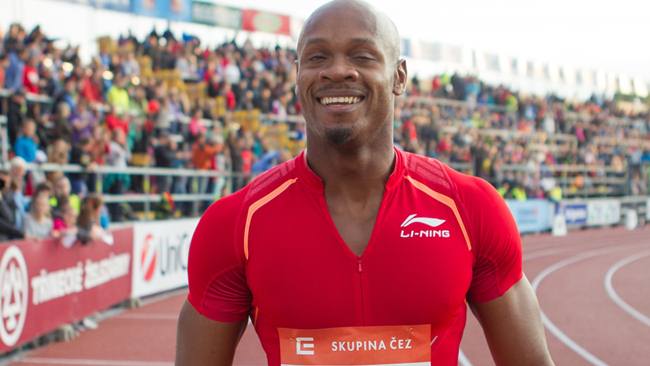 AFP – A false start called late marred Asafa Powell’s best run of the season at the Czech Golden Spike event on Thursday which saw Australia’s Olympic champion Sally Pearson back on the track after nearly a year.

Jamaica’s Powell, the Olympic relay champion from 2008, crossed the finish line of the 100-metre race in 9.97sec, improving on his season best of 10.02sec, but referees stopped the runners over a false start when the pack was more than halfway through the race.

Half an hour later, the 30-year-old Powell covered the distance in 10.06sec, ahead of Kim Collins of St Kitts and Nevis and US sprinter Mike Rodgers.

“I was a little disappointed the first run did not make out. I’m happy to win but not satisfied with the time,” Powell said.

Powell was originally scheduled to run a relay against the Racers Track Club’s team featuring Usain Bolt and Yohan Blake at Ostrava, but the Jamaican stars pulled out, forcing the organisers to insert a 100-metre race instead.

Reigning 100m hurdles Olympic champion Sally Pearson has returned to the track after being sidelined for almost a year, winning her race in 12.68sec.

“The time is a good sign for the world championships in Moscow, but I definitely wanted to run faster,” said the Australian.

“I haven’t competed for eleven months, therefore I’m satisfied with the result,” she added.

“I’d say I could run much faster but it was a little bit windy and the pacemaker did not run the way I wanted,” she said.

Her compatriot Kenenisa Bekele, triple Olympic champion yet uncertain of a spot at the world championships in Moscow in August, could only manage fourth in the 5,000 metres, overshadowed by another compatriot, 19-year-old Edris Muktar.

New Zealand’s Valerie Adams, also a winner in London, recorded this year’s best in the shot put with 20.88 metres.

“I improved attempt by attempt and hopefully the 21 metres mark will be reached soon. This is a good sign for the world championships,” said Adams.

“My poles stayed at the airport. I was a little under pressure because of that today but fortunately when I came to the stadium I got them back,” said Lavillenie, who won with 5.92m.