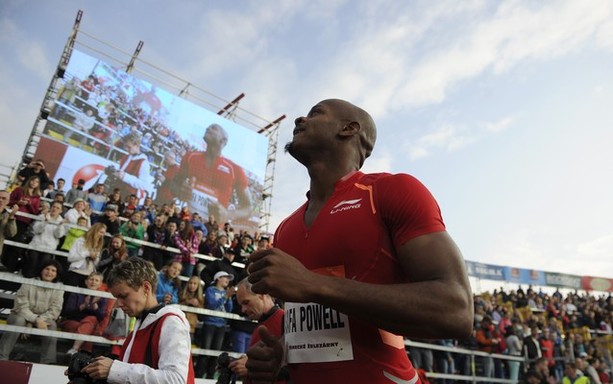 Asafa Powell won the 100m at the Golden Spike meeting in Ostrava – twice.

The Jamaican, 30, sprinted home in 9.97 seconds only to realise Kemar Hyman of the Cayman Islands had been disqualified for a false start.

Sally Pearson made a victorious return to international action, clocking 12.67 to win the women’s 100m hurdles.

Australia’s world and Olympic champion, 26, has been struggling with a hamstring injury.

Another Olympic gold medallist, Tirunesh Dibaba, improved the season’s best in the women’s 10,000m, with the 27-year-old from Ethiopia clocking 30 minutes 26.67 seconds.

And 20-year-old Kirani James of Grenada extended his dominance in the men’s 400m, holding off South African Wayde van Niekerk to win in 44.49.

World 100m and 200m record holder Usain Bolt withdrew from the meet earlier in the week, preferring to focus on his training.